On Yahoo and NY Post there are news that Planet 9 is going to destroy Earth any day now. What do Zetas say? [and from another] http://nypost.com/video/a-killer-planet-is-rapidly-heading-towards-... Scientists believe they have discovered a planet, currently unnamed but being referred to as Planet 9. Unfortunately, this might not be great news, since the planet’s orbit might cause asteroids to come shooting at the Earth. [and from another] https://www.yahoo.com/tech/heard-gigantic-mystery-planet-could-kill... Recent reports suggested there’s more and more evidence that a giant planet is orbiting our solar system. Beyond it, there may be an even bigger threat. Planet X, unseen by scientists, exerts a tremendous gravitational pull on other objects in space, changing the course of comets and sending them towards Earth. Not all of these flying space objects hit our planet, but those that do might kill off almost all life. Apparently, it all happens every 27 million years. [and from another] https://www.rt.com/news/339009-nibiru-planet-extinction-nasa/ The celestial body, theorized in many an ancient text – most notably among the Sumerians –  is predicted to be 10 times our size, and is currently still thousands of times further away from us than our sun. But if the latest research is correct, something is having a skewing effect on a group of objects in the Kuiper Belt, just beyond Neptune. And it’s closing in fast. Now, a retired astrophysics professor from the University of Louisiana, Daniel Whitmire, is saying Nibiru has all but arrived to our neck of the woods - and that the destruction brought about by its gravitational trickery will take place this very April, as it’s done numerous times before, every time it passed us by. 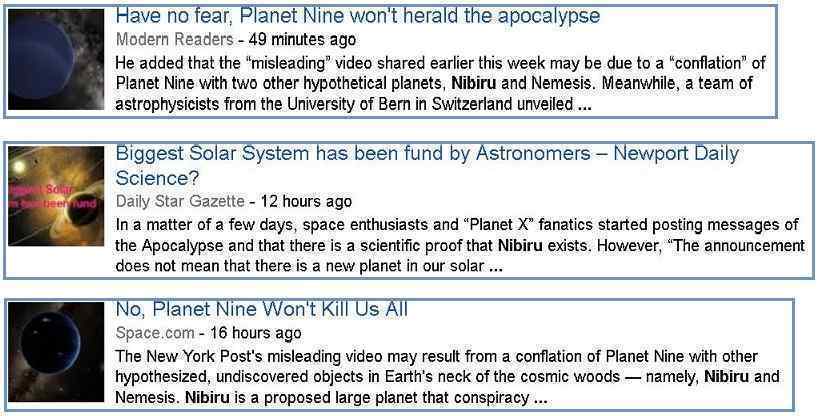 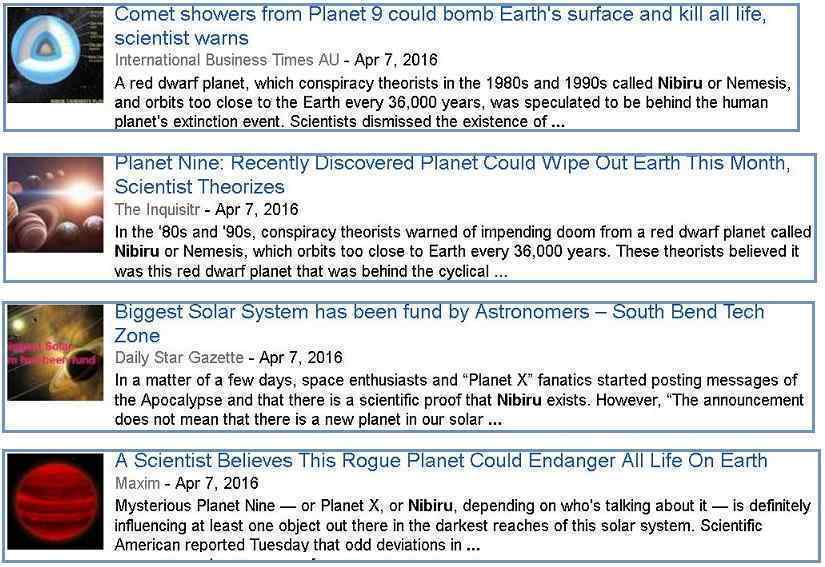 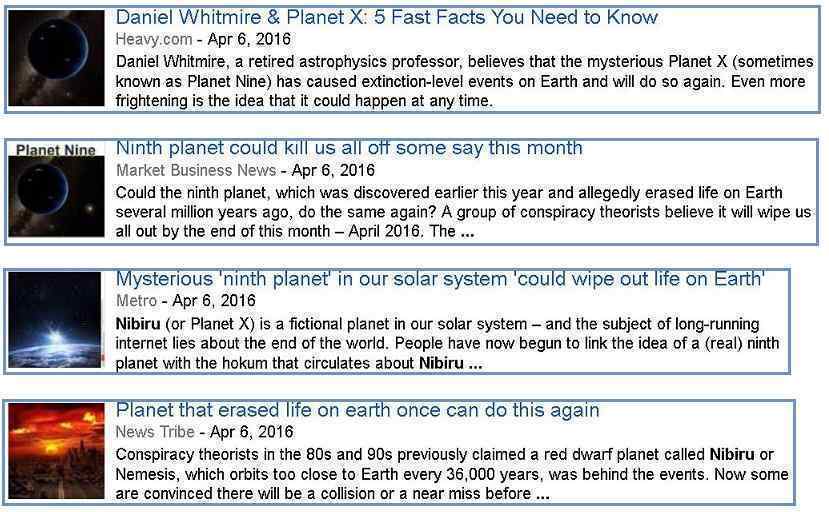 Where the first wave of articles re-introducing the term Planet X and associating this with mass extinctions hit the press only a couple weeks ago, starting March 28, a second wave of articles quickly followed. This second wave included the Sumerian name for the passing planet of destruction – Nibiru. The only thing missing from this apparently expedited education of the public is the admission that Nibiru has arrived, did arrive last 2003, and is being seen daily naked eye by the public.

After decades of a firm cover-up over these issues, what’s the hurry? Clearly the establishment is making up for lost time, suddenly realizing they cannot endlessly stall and deny, claiming that the changed weather is due to carbon emissions, ie Global Warming, and claiming that any electromagnetic disruption is coming from the Sun. Increased debris bombarding Earth is claimed to be space junk, or only reported locally so the incidence is not noted by the general public. Earthquake statistics are falsified. Any captures of the Nibiru complex on film are claimed to be lens flares or photo shopped frauds, and ridiculed accordingly.

The cover-up crowd clearly thought they had all the time in the world, could fool the public until the last minute, the Last Weeks, and meanwhile the 1%, the wealthy and powerful, could continue their party, living high while the common man was kept ignorant. What has changed, in this equation, that the owners and editors of major media outlets have been told to rapidly educate the public? The announcement, as planned by Obama, may have failed, but the Council of Worlds is hardly without cards to play. Regardless of the route the Council’s announcement takes, the outcome will be the same. The public will be aware of what is pending, aware that the establishment has lied to them for decades, and aware of the history and accuracy of ZetaTalk predictions. Just what this will involve, we will not say.