It appears as if the Earth Wobble is taking on a new 'twist' to it: creating wild disturbance/turmoil in the atmosphere such that planes collide, or are send crashing to the ground, and exacerbating weather extremes, weather changing wildly, several times a day now.

Heavy Snow In Spain – At The End Of April

It was reported by Ukrainian National Radio that snow cover is 20 cm, up to 50 cm in mountainous areas. 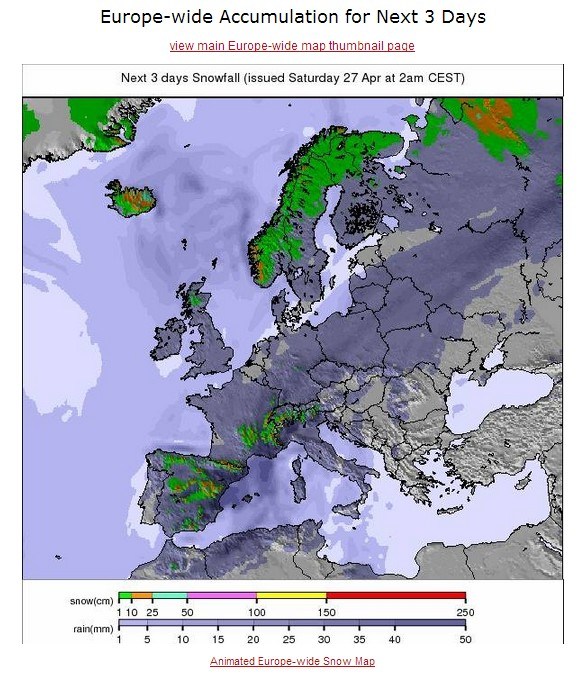 Spain has been struck by unseasonal weather which has seen snow falling across the country.
Extreme weather warnings are in place in 18 provinces, with small roads blocked as temperatures continue to hover around freezing.

Midair collision over Southern California sends one plane crashing into a ridge and forces another to land on a golf course.

The collision is the second time that planes collided in the US this week.

US military plane crashes in Kyrgyzstan

"One of the preliminary theories as to the cause of the crash is weather conditions, as there was storm in the region." [- emphasis mine]

It is all too weird, and happening too close in time to be unrelated and a mere coincidence.