The meme stock craze with Wallstreet Betz is over today officially. The stock market bubble is bursting today. Crypto crashing like never before. 28k new low, was at 60k not long ago. Coinbase saying bankruptcy would put all crypto owners assets at risk of loss. Zetas said stay away from crypto! They are right again! Question for the Zetas: Could the Zetas address how the New Madrid rupture will disrupt the financial markets of the world? Will the world wide markets crash and be halted never to return online after the rupture? Haven't seen it addressed. Likely as you can't eat money, no matter how much you have. But the markets are currently crashing already. What about the ultra rich that own most of the financial markets, as most Americans live on Main Street USA and own zero investments. Will they see their wealth evaporate over night? Instant Karma? London is a financial hub of the world that would be wiped out by the new Madrid rupture tsunami in one day. [and from another] Ruble Surpasses Brazil's Real as Year's Best-Performing Currency May 11, 2022 https://www.bloomberg.com/news/articles/2022-05-11/russian-ruble-su... Ruble extends gains as Moscow Exchange reopens after holiday. Real's rally loses steam as rate differential to US may shrink. [and from another] 40% of Bitcoin Investors are now Underwater, new Data Shows May 10, 2022 https://www.cnbc.com/2022/05/09/40percent-of-bitcoin-investors-unde... Bitcoin is off nearly 55% from its November peak, and 40% of holders are now underwater on their investments, according to new data from Glassnode. In the last month alone, 15.5% of all bitcoin wallets fell into an unrealized loss, as the world's most popular cryptocurrency plunged to the $31,000 level, tracking tech stocks lower. [and from another] Crypto Exchange is now Warning that Bankruptcy could Wipe Out User Funds May 11, 2022 https://fortune.com/2022/05/11/coinbase-bankruptcy-crypto-assets-sa... Hidden away in Coinbase Global's disappointing first-quarter earnings report in which the U.S.'s largest cryptocurrency exchange reported a quarterly loss of $430 million and a 19% drop in monthly users is an update on the risks of using Coinbase's service that may come as a surprise to its millions of users. In the event the crypto exchange goes bankrupt, Coinbase says, its users might lose all the cryptocurrency stored in their accounts too. [and from another] Coinbase https://en.wikipedia.org/wiki/Coinbase Coinbase Global, Inc., branded Coinbase, is an American company that operates a cryptocurrency exchange platform. Coinbase is a distributed company; all employees operate via remote work and the company lacks a physical headquarters. It is the largest cryptocurrency exchange in the United States by trading volume. The company was founded in 2012. [and from another] Dollar Index Slips from 20-Year High, Fed Rate Path in focus May 6, 2022 https://www.reuters.com/business/dollar-set-5th-winning-week-hawkis... The dollar index hit a 20-year high overnight on safe-haven demand, following Thursday's sharp stock sell-off driven by concerns about the Fed's aggressive tightening and as European currencies weakened on worries about growth in the region. The dollar index reached 104.07, the highest since December 2002, before falling back to 103.64, down 0.09% on the day. 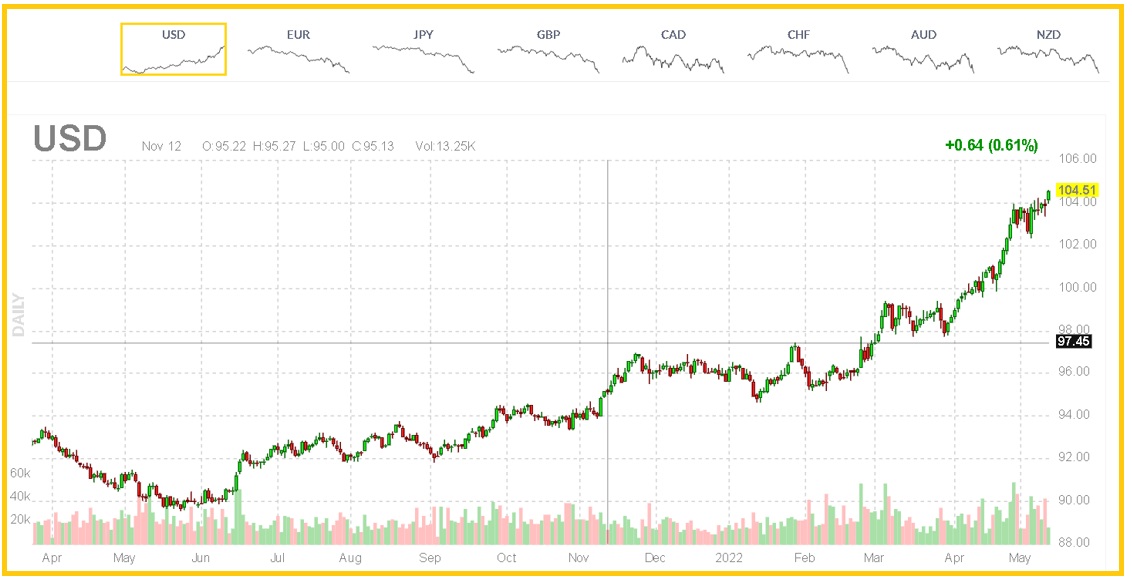 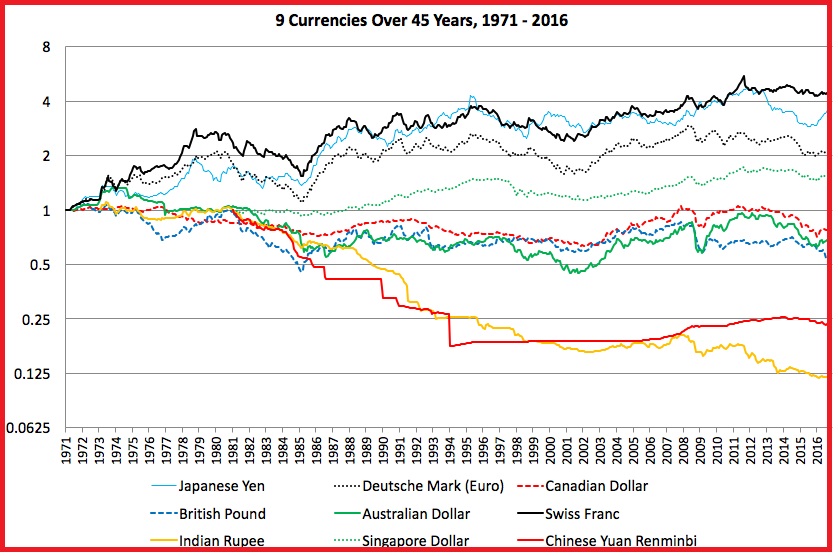 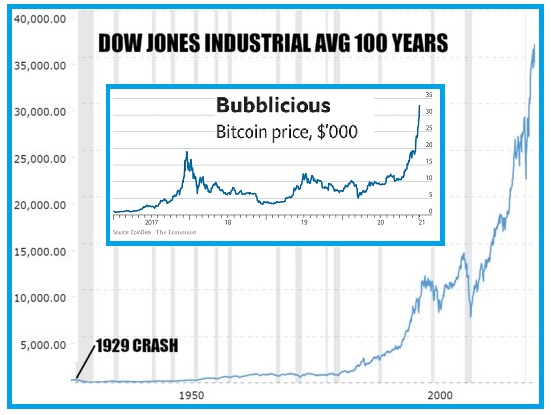 We have long stated that banks would fail and be replaced by the barter system, where something real can be exchanged. We have called the financial industry a Paper Promise, essentially a confidence game where something real is replaced by a promise. The value of a currency is dependent upon the economic health of the country issuing the currency, and history shows that the Banana Republic syndrome can hit any country. Certainly, the pending Pole Shift will do that to all.

Bitcoin promised to be free of country and bank affiliations but is now collapsing on the fact that is has no worth other than on a spread sheet. A coin without a country has no support. We predicted that the BRICS network would be strong against the western banking network of the World Bank and IMF and that has been the trend. The US Dollar is currently holding its strength as a currency, primarily because the rest of the world is struggling. But under the management of the Biden Administration, this will soon falter.

We are being asked to detail our prediction so that those in the finance industry can plot their course as they march toward the cliff. We have mentioned that as banks fail - forced to payout savings accounts and cash out portfolios and unable to pay their fat cat staff high salaries - they will fold into the Central Banks. Meanwhile, as the Earth changes create corporate bankruptcies so that any of their real assets become just another spread sheet entry, and as foreclosures force home auctions at rock bottom prices, those who considered themselves wealthy will be bereft. The time of the Barter System will be at hand.