Could the Zetas say something about this latest crop circle. 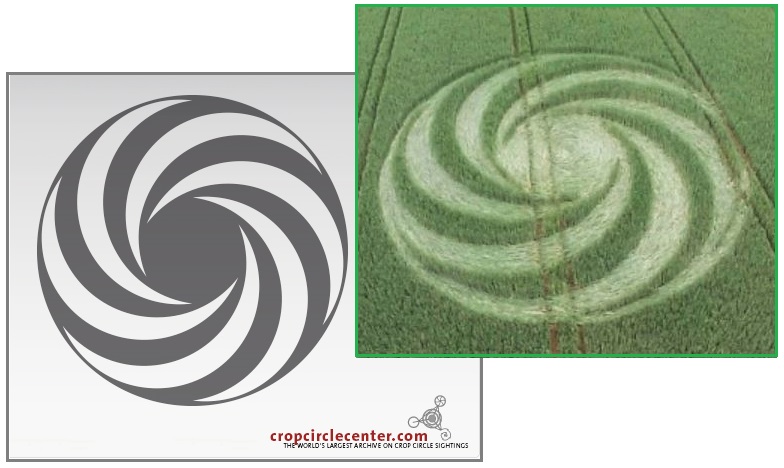 SOZT
During the years that Planet X, aka Nibiru has approached, there have been many circle designs that depicted an intertwined swirl, what is interpreted by humans as a DNA strand.
http://www.zetatalk.com/awaken/a22.htm
We have explained that this depicts the Earth wobble, caused by two magnetic planets in an intertwined dance
http://www.zetatalk.com/index/zeta117.htm
with each other. Where the Earth reacts by a daily Figure 8 drawn by her N Pole, desperate to evade the magneton blast from Nibiru’s N Pole, Nibiru also is continuously rolling during his daily planetary rotation.

Thus, seen from the side, the dance appears to be a DNA strand. Another way to depict this magnetic dance is to envision Nibiru’s daily rotation from the front, from the view as seen by the Earth during Nibiru’s approach. This is a swirl. It is continuous, as a planet’s rotation would be. It is retrograde, clockwise, as Nibiru’s rotation and orbit are. And as Nibiru comes closer, the Earth will be sucked into an increasingly intense wobble as it cannot escape the magnetic grip. This circle design in Germany is intended to depict the grip that Nibiru has on the Earth, in a graphic manner well understood by mankind.
EOZT