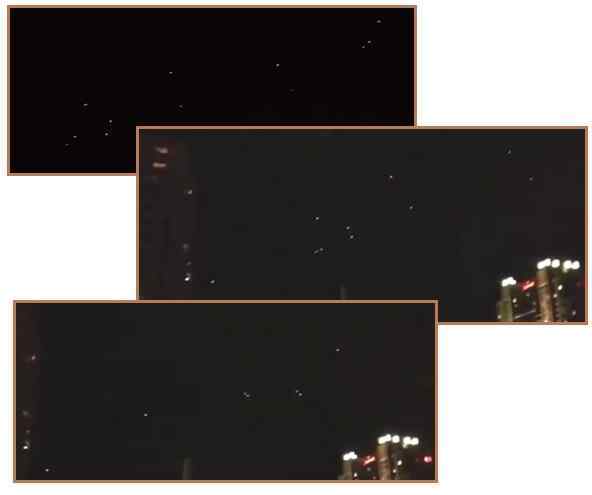 These slow moving UFO’s could be claimed to be Chinese Lanterns except that some of them blink on occasion, a maneuver by design to affirm to those watching that this is a legitimate UFO display. They move as a group, like a tide, and this is indeed a warning to residents of LA to brace for a severe wobble which will bring tides up to 200 feet high into the LA basin and create a back slosh against the mountains that surround LA on all sides. LA is also vulnerable because it sits on earthquake fault lines, near the San Andreas, and a severe wobble would throw the plates against one another, triggering quakes. Thus assaulted on all side by high tides and a roiling back slosh, and with tottering buildings due to earthquakes, the residents of LA will regret not having taken the ZetaTalk message seriously.