The jet stream and gulf stream coming down from the UK is looking a bit odd. Does it have anything to do with a wobble? The stream is going East to West as opposed to its usual course West to East. [and from another] https://earth.nullschool.net 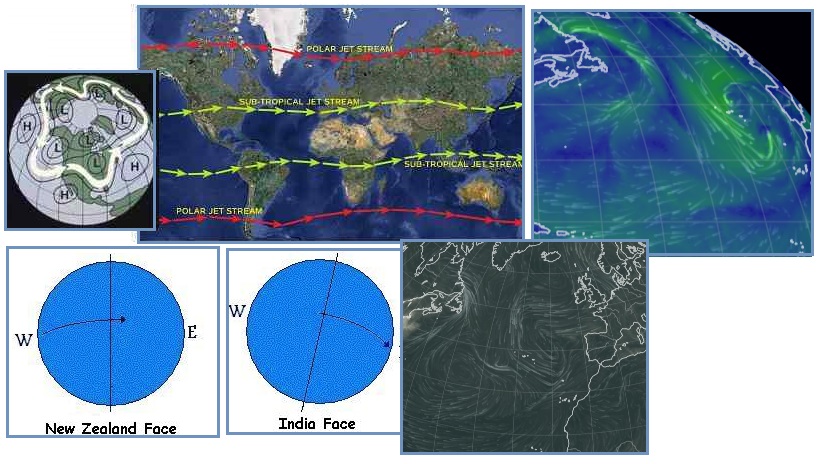 The Jet Stream normally goes West to East with slight waves at times due to weather fronts - high and low air pressure. Since Nibiru has entered into the inner Solar System in 2003 and the Daily Earth Wobble has commenced, the Jet Stream has gotten more extreme but still following the basic route of West to East. Since the Council of Worlds has authorized a more severe wobble to allow the Earth changes to catch up from the delays the humming boxes caused, the Jet Stream has gotten even more erratic.

Since 2004 when Nancy documented the result of the Daily Earth Wobble with an international  team, the Polar Push has occurred when the Sun is high over the Pacific. Today this is dragging Arctic air down over Europe. Then when the Earth turns and the Sun is over India the N Pole of Earth leans to the East, shifting this Arctic air toward the West, which is contrary to the normal Jet Stream route. Finally, when the Sun is over Italy, the N Pole of Earth leans to the West, creating a vortex in the Atlantic.