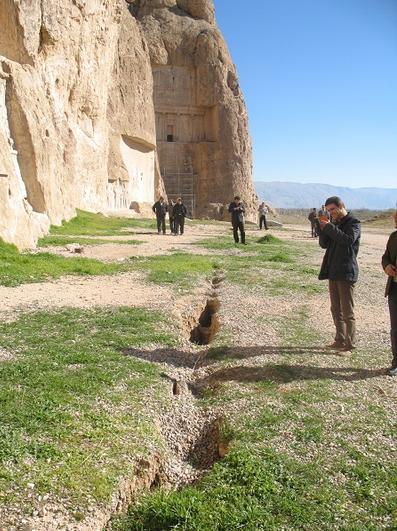 Land subsidence poses a serious threat to historical structures and sites.
If the excessive withdrawal of underground water is not stopped, tragic consequences will occur.
Sinkholes and deep fissures also caution us against the threat of a quake.
One example is what happened on Marvdasht Plain near Takht-e Jamshid, Fars province, and exposed this 2,500-year-old monument to danger.
Marvdasht Plain used to be one of the largest producers of wheat nationwide, which depended on underground water tables. But when rainfall declined, farmers started to dig wells, most of them illegally.
According to available documents, Rafsanjan Plain in Kerman province also suffers from the same fate.
The plains of Tehran, Mashhad and Karaj have not remained immune to this phenomenon and are in critical conditions.
Soroush Modabberi of the Geology Society of Iran said many cities have witnessed land subsidence.
“The frequent fissures and fractures on the country’s roads are attributed to land subsidence. At present, sinkholes have emerged on Rafsanjan Plain that can swallow the surrounding buildings, as well as urban and industrial installations,” he said.
“In addition to destroying buildings and creating sinkholes, land subsidence also raises the risk of flood.”
Modabberi stressed that the only way is to stop the unbridled withdrawal of underground waters. He said 8,000 wells have been drilled near Orumieh Lake and 400 illegal wells have been dug near Parishan Lake.
“These wells don’t allow Parishan Lake to return to its normal situation,” he added.
Modabberi noted that Takht-e Jamshid is built on a rocky surface and it is unlikely that land subsidence could affect this monument.

Note that Africa is rolling! This means that the Arabian Plate is rolling too, the tip pushing Iraq into Iran. This is the source of the crunch. 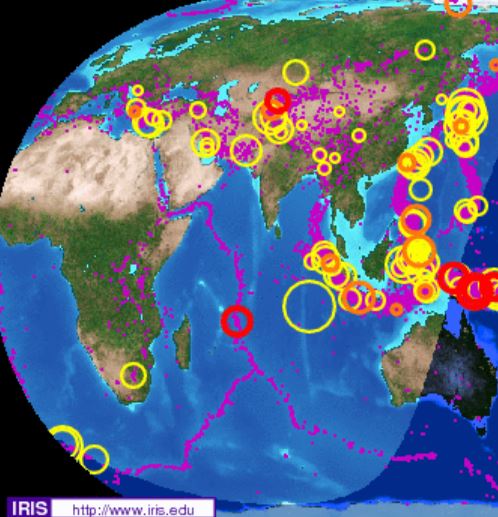