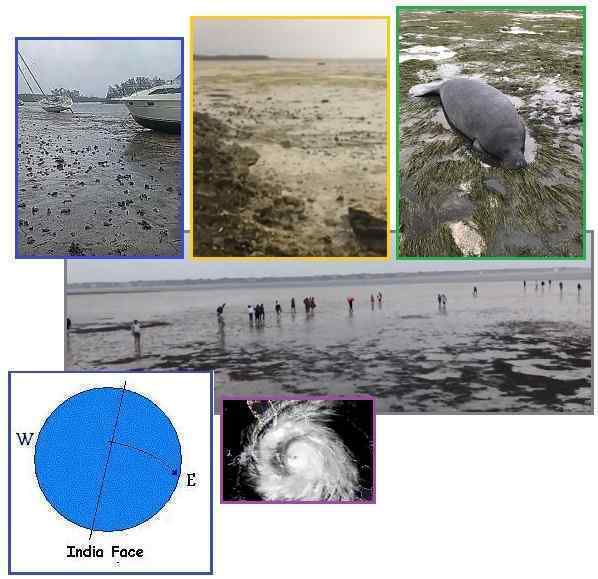 There are two forces causing the water to recede from beaches during Hurricane Irma. One is the counterclockwise motion of the hurricane winds, which push the water to the West as the hurricane approaches. The second factor is the Earth Wobble, which is increasingly forceful though still utterly denied by the establishment and media. The Earth Wobble takes the form of a daily Figure 8. When the Sun is over India it causes a lean to the East such that land in Florida will be pushed under the water on the East side while leaving a void in the water on the West side. When the Sun is over the Pacific during the Polar Push the land will be pushed South leaving a void in on the North side, which is what happened in the Bahamas.

Not every beach experienced the noticeably receding water, though in every case this occurred prior to Hurricane Irma arriving. However, in most of these locations, as the photos show, there is no wind. Thus the receding beach water is due at these times to the Earth Wobble, though the hurricane winds in the area assisted. Will such phenomena increase as the wobble worsens? The wobble has already created sloshing, worldwide, though this phenomena only appears in local media. This will soon worsen.