The Zetas have described in great detail the problem of migration and who plans how it will respond. As we can see, many countries are looking to the horizon (pole shift). In this regard, it is appropriate to ask what their plan for industrial hazardous areas (like nuclear plants, dams and etc) or at least what they expect? What are the plans for the expense of prisons and the army? In the past, The Zetas have stated that some government have the secret of deactivation of radioactivity, but it seems we do not need to hope for it? It is clear that there is still a "Nuclear Call" but rely only on it? Not too well. 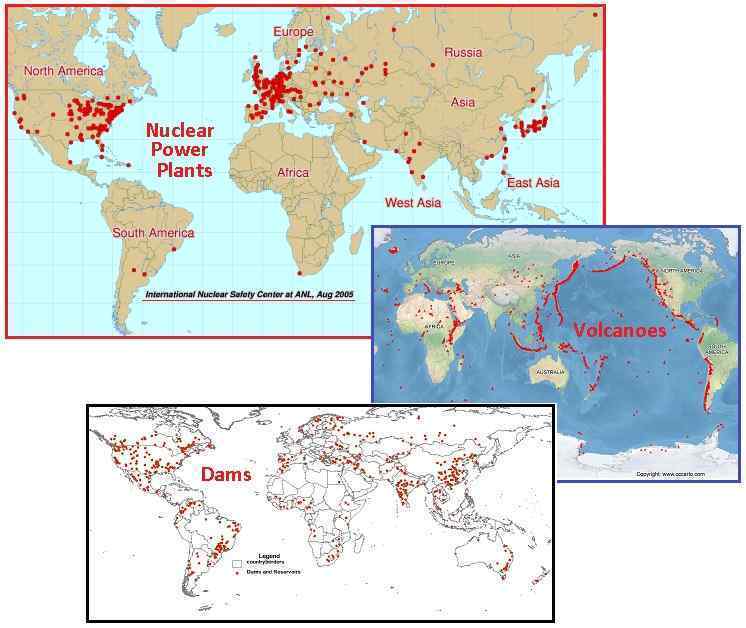 The issue of the End Times, as the coming cataclysms and upheaval caused by the pending passage of Nibiru is often called, was considered hypothetical by the establishment until NASA and JPL sent their infrared balloon aloft in 1983 and discovered that what the aliens were telling MJ12 was correct. Nibiru was inbound, and the 2003 date we, the Zetas, and other aliens had given MJ12 for its arrival seemed probable. By then, many centuries of industrial development in a heavily populated world had already occurred, and corporate greed was in charge in the corridors of power.

The choice was simple. Inform the people that mythology and legend were true, and a likely catastrophe could occur in the years ahead, or remain silent. What was the impact on corporations and the wealthy, who own politicians in the main, if the people were to be informed? Cities had been built along coastlines and river beds, and since these assets would be flooded they would be considered worthless. The public would become selective on what it purchased, and many corporate inventories would gather dust. The worker base would become rebellious, not seeing pensions or a paycheck important when compared to survival camps and self-sufficiency.

Then in 1983, Reagan signed Executive Orders forcing a cover-up on the approach of Nibiru and, for good measure, a cover-up on the alien presence. Many who wanted to inform the public were assassinated, over the years, and the alien presence was painted as evil by Hollywood, under the direction of the nervous establishment who did not want the public making contact and learning the truth from aliens. They lost this battle, as over half the world’s population are presently contactees, and know the truth about all of it. Now what? As the Earth changes progress and it is obvious that the Last Weeks are ahead, these contactees will take action on plans they have been silently formulating.

To the extent that officials have been relatively open about both Nibiru and the alien presence, and have obviously taken steps to accommodate their citizens during moves to safe locations and life afterwards, these officials will have influence with their public. Russia is a prime example of positive leadership, developing their Far East and offering free land there to their citizens who are willing to move. China too, with their inland Ghost Cities awaiting a population move.  Contrast this with the Queen’s plans, which entail deserting her public in the UK while she and her family seek refuge elsewhere.

The public already knows the truth, due to being contactees, and open discussion of the Earth changes and what is pending will break out as the Earth changes force this. Nothing can stop this. Even attempting to control the media and block the Internet will not stop this, as contactee discussions take place outside of human control. Given that the public will take steps to secure safety and wellbeing for themselves and their friends and families, not listening to officials trying to bark directives, what will result? Migrations will ensue, in such numbers that blockades will be ineffective. Like water seeping through cracks in the walls, the pace will be steady and eventually erode all attempts to block the flow.

The halls of power will stop listening to the demands of the wealthy, or the wailing of corporate leadership, so that those who had been in the know about the coming passage of Nibiru will desert their posts and take flight to their bunkers or enclaves. Government operations will grind to a halt, as distracted leadership will simply not be available and incessant demands from the public will cause even the good hearted in government to simply give up and get drunk. If proper plans have not already been put into place, so the public can be directed to safety and survival, governments will fold and not be functional.

Because of a strong network among contactees, we anticipate that nuclear power plants will be properly shut down, though man’s free will still prevails in these matters. The Council of Worlds has the capacity to negate radiation, and this is a card that can and will be used. We anticipate that most non-violent offenders in prisons will be released, as a cost saving measure as well as humanitarian, ahead of the Pole Shift, and particularly in the US that military personnel will be released to be with their families. They would likely go AWOL, if this were not so, in any case.

We have given general advice to mankind - the sequence of events during the Last Weeks, the relative safety of various regions of the world, and beyond this general guidelines for safety. Be 100 miles inland and at least 200 feet up during the hour of the shift. Be 100 miles away from any volcano that has been active during the last 10,000 years, as they will all likely go off. Be prepared to get your vitamins and nutrition from bugs and weeds, as wildlife will be hunted almost to extinction. Start your gardens and flocks and herds early, if possible do it now. All dams will break during the Pole Shift, if not beforehand. Do not be seduced by offers from the wealthy for work camps, as these will likely become slave camps. And remember that the love you pass on to others is what is important, and is what will be remembered through eternity.