Could the Zetas tell us what is the real economic situation now? And to what extent is deception going on? [and from another] http://poleshift.ning.com/profiles/blogs/era-of-data-manipulation-f... 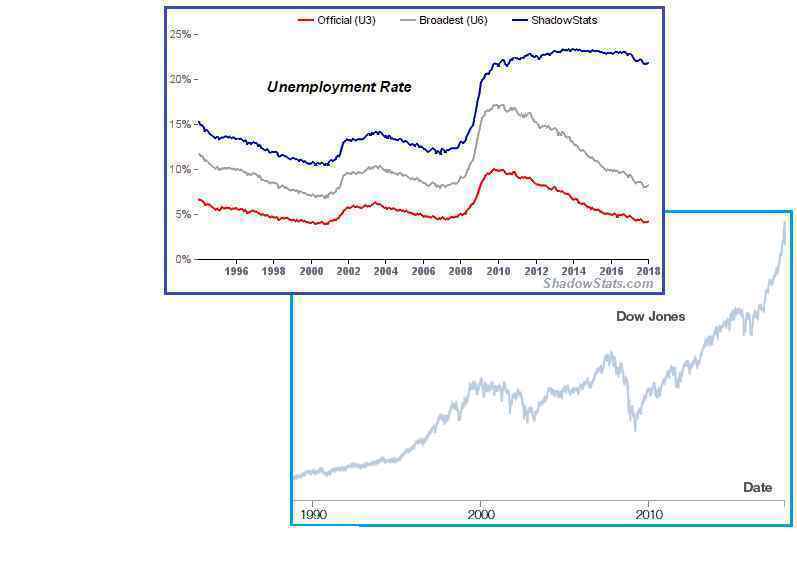 Is the public being misled on the health of the economy? Of course, all the time, and in every country. It is a confidence game. Citizens perceive that others are winning by participating, so they jump in, invest, make purchases, get employed, and work with enthusiasm. To the extent that economic indicators encourage economic participation, this is all to the good. But the line is crossed when a scam is being promoted. An example is the current Cryptocurrency craze, where the public is encouraged to invest in the Crypto markets, which are certain to crash.

History is rift with economic lies. Until recently, Fort Knox was emptied of its Gold, so that China was sent Tungsten bars coated with Gold during an embarrassing attempt at payment during the Bush administration. Banks can pad their balance sheets by retaining bad loans. Economic booms are often encouraged so the elite can rob the little man, encouraging investments that then crash. This occurred during the 2008 Housing Bubble when rotten derivatives were sold as solid assets. The S&L fraud during the Bush/Clinton years frankly robbed the US taxpayer.

Beyond the deliberate con games are the slight of hand that politicians use to stay in power. Statistics can lie, so that unemployment statistics during the Bush administration were based on birth/death models rather than actual facts. When current unemployment statistics under Trump are bolstered by food stamp and welfare statistics, they can be considered factual. The current DOW boom, which underwent a sharp correction, is inflated. Stocks can go up and then down just as swiftly. Let the buyer beware.