Addendum for ZetaTalk Newsletter as of March 28, 2021

When Nibiru becomes visible in the skies, what will be the clues that this is a large planet, not just an asteroid or fuzzy patch of red dust? One clue that we are seeing Nibiru in the sky would be size. The Zetas have stated that Nibiru is 4X the diameter of Earth. During the 1983 Infra-Red search for Planet X (aka Nibiru) Van Flandern stated the object located out near the Constellation Orion was 2-5 times the diameter of Earth.  In 2003 when Nibiru entered the inner Solar System, the tail was swept behind it. Thus Nibiru was visible. 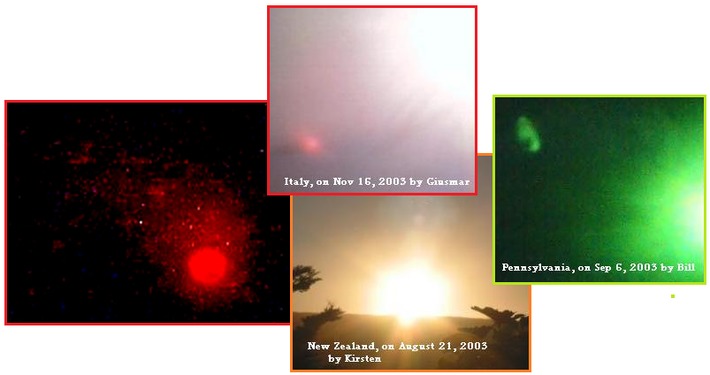 Search for the Tenth Planet
December 1981
Beyond Pluto, in the cold, dark regions of space, may lie an undiscovered tenth planet two to five times the size of Earth. Astronomers at the U.S. Naval Observatory (USNO) are using a powerful computer to identify the best target zones, and a telescopic search will follow soon after. ... Van Flandern thinks the tenth planet may have between two and five Earth masses and lie 50 to 100 astronomical units from the Sun.

ZetaTalk Description 7/15/1995: It outweighs the Earth by some 23 times, but by size is not 23 times as large as its weight is due to its makeup, having less silicon than the Earth, for instance. Should one line these planets up side by side, the Earth would look to Planet X as the Moon does to the Earth.

ZetaTalk Description 7/15/1995: Though a large planet, 4 times as large as Earth and thus larger than Mars or Pluto.

Nibiru is normally shrouded by so much iron oxide Red Dust attracted to Nibiru’s magnetic field that it looks like a dark fuzzy object. Searching with an infra-red scope may locate an object there, and filters help identify a red object there, but seeing Nibiru the planet has not been easy. But now the Petrol Masses are sweeping up and holding the Red Dust, clearing the view. Previously, Nibiru was a dark fuzzy ball, closely shrouded by Red Dust, though the dim light from this Brown Dwarf would appear as a Second Sun at Dawn or Dusk, startling people.

ZetaTalk Confirmation 3/31/2021: More than light can be captured inside a Petrol Bubble, and these dark Petrol Masses on display this day are filled with red iron oxide dust.

Another clue would be appearance. In 2019 Alberto captured the face of Nibiru in an 8X zoom shot, showing the beige colored clouds that wrap Nibiru closely. This matches what I, Nancy already know, as I was taken by space ship to tour Nibiru, and was shocked to see the close cloud cover was beige, not red. And in 2020 Julie caught a Monster Persona image of Nibiru, which matched the features shown by Alberto. Where the land masses under the cloud cover cannot be discerned, cloud cover over land or water has a different appearance, thus the cloud cover has features. Nibiru has more water than land, per the Zetas. ZetaTalk Revelation 3/31/2018: It is notable that the features change over the four day period between photo shots, showing that Nibiru rotates and thus presents a different face. Where Nibiru is primarily a water planet, with much less land mass than the Earth, it is densely shrouded by cream colored clouds. Nancy was taken for a visit in one of our space ships, and was astonished to see that beneath these clouds, the Annunaki do not have blue skies, but cream colored skies. Beyond that, of course, is the red dust of the vast magnetic tail of Nibiru. 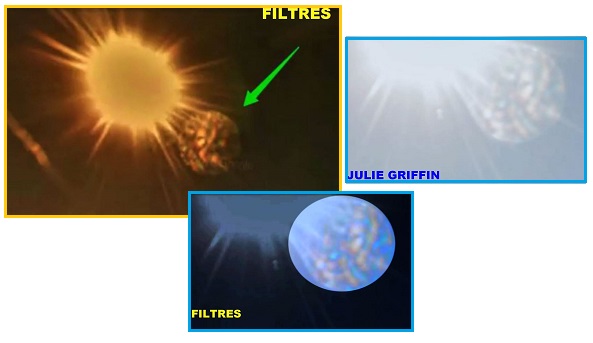 That said, what is to be made of the photo capture on March 26, 2021 by Manuel? Since Nibiru is at the orbit of Venus, and the size of Venus as seen from Earth is known during a Transit of the Sun, is this object in Manuel’s photo 5X the Transit size? Yes, but it actually appears to be 4X the size, the correct diameter for Nibiru. Alberto captured a close-up of Nibiru using his telescopic lens at 8X zoom. By shrinking his photo of Nibiru to 1/8 size, does this equate to Manuel’s capture? Yes. 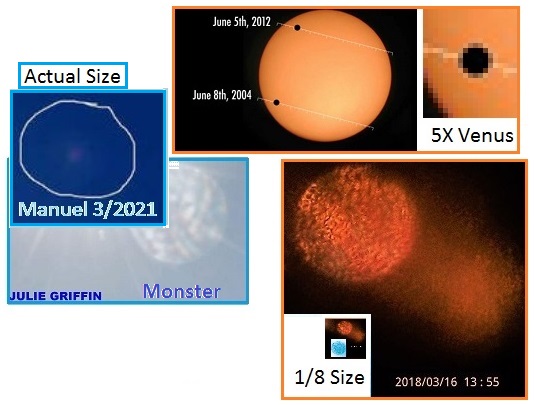 These were around 3:32pm and we see the 2 big orbs by the Sun and then here comes what I believe is Nibiru in red and using just the camera and no filter it pops right out at you. Looking towards the west the severe Earth wobble has placed it where it is. If the Zetas would like to comment that would be great.

ZetaTalk Confirmation 3/31/2021: During a severe lean to the West, as could be in process at this time of day in the US, Nibiru could be found at the 2 o’clock position.  Normally heavily shrouded in Red Dust, and thus only discernable as a fuzzy object, Nibiru is coming out from the shadows in the view from Earth because the Red Dust is being encapsulated in Petrol Masses. Thus the Red Dust is momentarily swept aside for a direct view. Should this continue, the public will begin to notice!

Given the Earth wobble, which slings the top part of the globe to the East and then to the West during the day for much of the Northern Hemisphere, where to look to locate Nibiru? Marty McFlew of the ZetaTalk Followers has taken snaps of Nibiru at 5:00 pm in the USA. Nibiru appears at the 2 o’clock position, and for Alberto who takes his photos from Italy when the globe is still in the Lean to the East position, Nibiru will often be found at the 7 o’clock position. Look around, as the wobble is violent and erratic.

Near 5 PM Nibiru has moved to the 2 position from the severe Earth wobble . Take note as this is clear skies and what people have forgotten is what the Sun should look like. This is all now a huge hazed out mess. 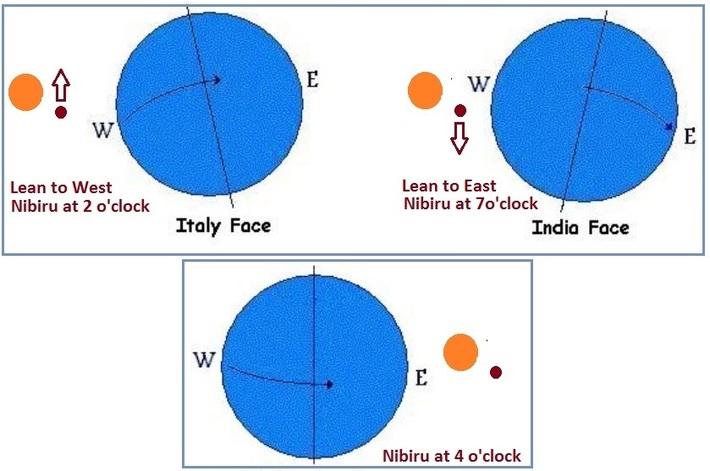