A mysterious set of patents filed recently by a U.S Navy researcher has caught the eyes of technologists and conspiracy theorists alike.

TMU) — A mysterious set of patents filed recently by a U.S Navy researcher has caught the eyes of technologists and conspiracy theorists alike.

These patents describe exotic technologies that do not exist in the commercial or military spheres—as far as we know—and that usually only surface in UFO lore, including high-energy electromagnetic force fields, revolutionary propulsion systems, and a “hybrid aerospace-underwater craft.”

The newest patent is for a practical fusion reactor that could be stored in aircraft to help achieve unimaginable speeds and maneuverability.

The mystery around these patents continues to grow during a time in which the Navy and State Department have stunningly reversed their decades-old policy of not acknowledging UFO sightings. The Naval Air Warfare Center Aircraft Division is the home of the high-level Navy researcher, the equally mysterious Salvatore Cezar Pais, who in recent years has filed patents for supposedly operable revolutionary technologies such as room temperature superconductor (RTSC) and the high-energy electromagnetic field generator (HEEMFG).

Perhaps the most surprising patent concerns the “hybrid aerospace-underwater craft,” which can supposedly navigate with equal precision through space, air, and water with no heat signature and “engineer the fabric of our reality at the most fundamental level.”

In the patents filed, Pais has revealed that Chinese scientists are already way ahead of the United States in such fields. The reason this is a shocking admission is because military personnel, Navy officers, and air pilots have for years reported USOs (unidentified submerged objects) that seem to fly in and out of the sea at incomphrensible speeds.
The newest patent teases the discovery of the “Holy Grail” of energy production, the long sought nuclear fusion reactor, which could revolutionize life on Earth by creating a sustainable long-term fuel source and reduce radioactive waste and greenhouse gas emissions. Currently, scientists do not know how to manage systems that utilize high-pressure plasma in the range of hundreds of millions of degrees Fahrenheit and can only create split second controlled nuclear fusion reactions.

However, the patent for Pais’ “Plasma Compression Fusion Device,” which was only disclosed September 26, 2019 states:

“At present there are few envisioned fusion reactors/devices that come in a small, compact package (ranging from 0.3 to 2 meters in diameter) and typically they use different versions of plasma magnetic confinement. Three such devices are the Lockheed Martin (LM) Skunk Works Compact Fusion Reactor (LM-CFR) , the EMC2 Polywell fusion concept, and the Princeton Field-Reversed Configuration (PFRC) machine. […] These devices feature short plasma confinement times, possible plasma instabilities with the scaling of size, and it is questionable whether they have the ability of achieving the break – even fusion condition, let alone a self-sustained plasma burn leading to ignition.”

Pais states that this technology would be capable of producing as much as a terawatt (1 trillion watts) of power, which vastly surpasses America’s largest current nuclear power plant. While it’s not known whether such technology is possible at all, much less in a compact structure, we do know that the U.S. military and private firms like Lockheed Martin are competing with the government run-Chinese Academy of Sciences to create the world’s first compact nuclear reactor.

The United States Secretary of Navy is listed as the assignee on several radical aviation technologies patented by an aerospace engineer working at the Naval Air Warfare Center Aircraft Division (NAWCAD) headquarters in Patuxent River, Maryland. One of these patents describes a "hybrid aerospace-underwater craft" claimed to be capable of truly extraordinary feats of speed and maneuverability in air, water, and outer space alike thanks to a revolutionary electromagnetic propulsion system. Comment by Ovidiu Pricopi on October 16, 2019 at 4:58am
MINDSET of Society ! : Tickets to the Philadelphia Franklin Institute’s Worst-Case Scenario SURVIVAL Experience are $30 for adults and $26 for children ages 3-11. (Includes general admission to the museum.) LOGO : BE PREPARED / DON'T PANIC / HAVE A PLAN https://www.phillymag.com/things-to-do/2019/10/11/worst-case-scenar...

A family of six has been rescued from the hidden cellar of a Dutch farmhouse after the eldest son escaped and wandered into a local pub to seek help. They had lived in total isolation for nine years, ‘waiting for the end of time.’

The children and a bedridden man, initially believed to be their father, had lived concealed in the basement of the farmhouse for nine years, waiting for the "end of time," according to Dutch media. One Josef B., 58, a handyman who was previously the only known tenant of the house, was arrested at the scene for refusing to cooperate with the investigation.

The siblings lived in the basement of the house, which was only accessible through a hidden staircase behind a cupboard in the living room, and were reportedly unaware there were other people in the world. The house itself was isolated by a canal, accessible by a single bridge, and secured by a locked gate. Neighbors who tried to investigate found that the property was dotted with surveillance cameras.

According to the eldest sibling, the children had never been to school, and they were not registered by any local authorities. The family was believed to be self-sufficient, with a vegetable plot and livestock to sustain them. Their mother is thought to have died before the family moved to the farmhouse – “a long time ago,” according to the mayor – though some reports suggest she is buried on the property. A UFO expert claimed that NASA’s photo of Venus contained various alien structures on vessels on the surface of the planet. According to the UFO expert, some of the structures in the photo are bigger than Texas.

Scott Waring of ET Data Base came across images of the alleged alien structures and vessels on Venus while viewing the planet’s photo in Wikipedia. The original source of the photo is NASA’s Jet Propulsion Laboratory.

According to the agency, the photo of the planet was taken by its Magellan spacecraft, which was launched in 1989 to map the surface of Venus.

Waring pointed out that several dark and light regions can be spotted on the surface of the alien planet. After zooming in on these regions, the UFO expert said that they are alien structures and vessels.

“I was looking for decent photos of Venus and found this incredible full planet view,” he stated in a blog post. “The photo is on Wikipedia and has a detail that is of the surface structures."

“Normally, the clouds over Venus prevent us from seeing its surface, but now I’m going to show you the alien structures that NASA doesn’t want you to see,” Waring added.

According to Waring, the structures come in different shapes. Some of them have geometrical features while others have rounded shapes. Waring speculated that the round objects could be vessels used by the alien beings on Venus.

Aside from having different shapes, the sizes of the structures and other objects also vary. Waring stated that some of them could be bigger than the entire state of Texas

If Waring’s speculations are correct, then this could mean that the alien race living on Venus found a way to adapt to the planet’s harsh conditions. Although Mercury is closest to the Sun, Venus is considered as the hottest planet in the Solar System with surface temperatures averaging 462 degrees Celsius.

Aside from its extreme temperatures, it has a very dense atmosphere that consists of over 96% carbon dioxide. In addition, the atmospheric pressure on the planet is 92 times that of Earth. 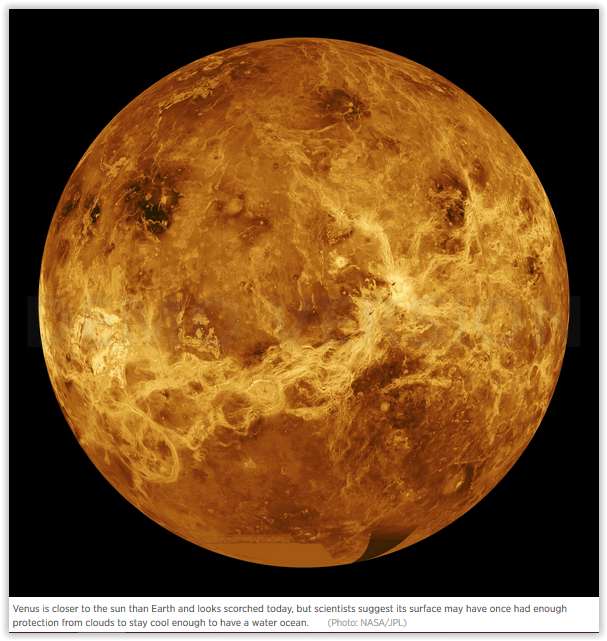 Please understand the gravity of the above statement.

This is not a game. 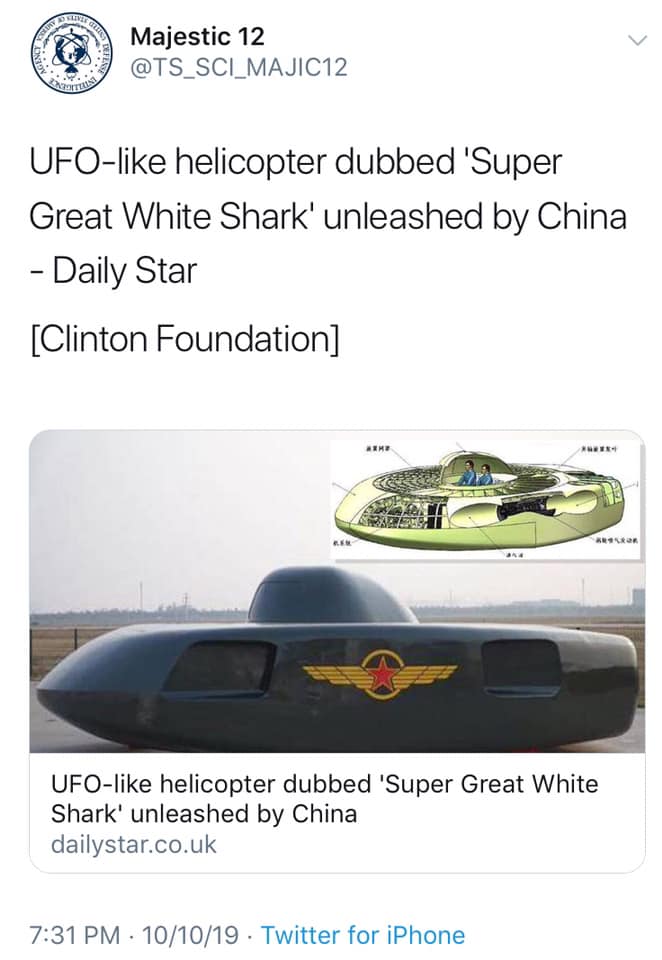 Retired U.S. Navy pilot commander David Fravor claimed on Oct. 5 that a mystery “dark mass” emerged from the ocean depths and swallowed a torpedo whole. Fravor, who has publicly stated his account in a UFO sighting, said on Joe Rogan’s popular podcast that a pilot had a similar experience in the late 1990s off the coast of Puerto Rico. 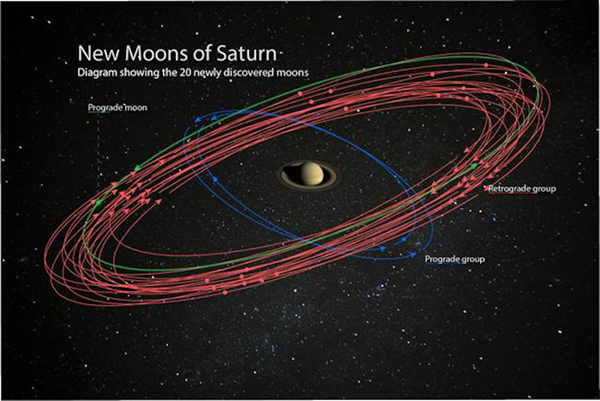 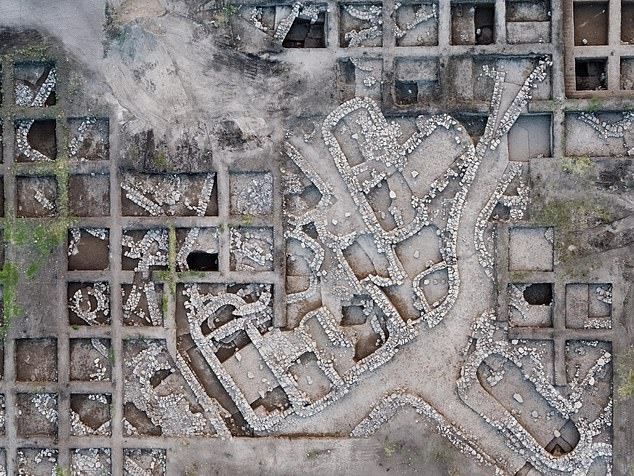