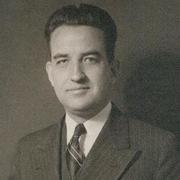 Mystery Booms Heard Across the U.S.

Beginning near midnight on December 4th, unexplained booms and trembling ground was reported in 5 states across the U.S. within a 24-hour span and is still occurring in Georgia.  Extending from Arizona to Rhode Island, this unprecedented and nearly simultaneous series of mystery booms vividly depicts the diagonal stress being asserted across North America.

"Plate movements and spreading Atlantic have positioned the N American continent for what we have long described. A diagonal tear in the New Madrid, a bowing of the continent around San Diego so that Mexico is too far West, an adjustment up the West Coast to relieve the bow. Meanwhile, the entire continent has stress of some kind as this process has already begun but has not manifested in large adjustments, quakes, as yet.

On Tuesday, Tucker tells us there was a distant loud boom reported in the the Pinebrook area off of Hereford Farm Road between 9:00 p.m. and 9:30 p.m.

On Wednesday, at 9:07 p.m., a county resident heard a loud rumble and he says his driveway is now lifted up with cracks in in and the road and sidewalks near his home are now cracked.

Then, Thursday morning at 5:00 a.m., a man and his neighbor both heard a loud boom on the 200 block of Louisville Road.

Tucker tells us officials are looking for the cause of the booms and rumbling.
Source

Jean Swesey was doing homework with her son in Cottonwood when it happened.

"It was a whole series of booms," Swesey said. "Up to six or seven. It was fast, it went loud. We were quiet and then my daughter down the hall screams really loud, ‘Did you hear that?' I sat there for a second and I heard another set."

Swesey wasn't alone. Residents in communities in and around Verde Valley and as far as Flagstaff called 911 or their police and fire departments to report the strange booming sounds.

"It sounded like thunder, but underground," Swesey said. "Like muffled thunder. And all the dogs in the neighborhood, all of them that were outside all started barking at once."

CBS 5 News first received reports of the explosion-like noises shortly after 5 p.m. Tuesday and began checking with law enforcement and government sources. The U.S. Geological Survey reports no significant earthquake activity in Arizona that could have created the booms.

The Yavapai County Sheriff's Office had deputies in the area who either heard it or tried to respond to resident calls. They found nothing.

The Sedona Fire District dispatched a crew to check a report of a strange odor, but that was unfounded and may not be related to the sounds.

The Camp Verde Marshal also received a number of phone calls about the booms. Officers found no evidence of any explosions.

But the Verde Valley contains large expanses of uninhabited land. "Maybe when the light comes back they'll find something," said Gary Johnson of Sedona Fire.

“We started getting calls at 3:09 p.m. (Tuesday),” said Eric Meyers, Navarro County Emergency Coordinator. “The first calls were north of Corsicana in the Hickory Hollow area with two separate residents out there reporting unusual tremors being felt along with a rumbling type of noise.”

“About two hours later, approximately five o’clock, there were additional reports in the same area of heavier tremors, the same vicinity, the same residents,” Meyers said. Another report came from the western part of the county, near Navarro Mills.

After the second round of reports, Meyers posted it on Facebook and suddenly there were more reports, but coming from all over, including Streetman, Purdon, Pursley and Dawson. Some of the reports came from as far away as Freestone and Limestone counties. The line runs about 50 to 60 miles long, and the tremors didn’t act like any other thing except perhaps earthquake booms, which are shallow sometimes undetectable tremors similar to what’s been happening locally.

“This is an unexplained event likely of a natural origin,” Meyers said. “We can’t come up with a point of origin or a cause or explanation of why this is happening.”

“We were trying to determine what was going on, any type of military exercises at a higher level than locally, we worked on this throughout the night and we eliminated everything we could think of and continued to do some through today,” Meyers said.

“We went through the process of elimination on what it could be and ruled out all these different things,” he said. “Whatever it was hasn’t occurred since 4 a.m. Wednesday. It’s unusual, to say the least.”

Phone calls to The Plainsman office suggested that the bang was heard over a far larger radius than Gentilly Park.

Residents around the area do not seem to believe the sound was a gunshot or fireworks, as the sound was described as far too loud.

Capt. Tom Stofer of the Auburn Police Department said the department received a call about the noise, but after sending officers out to the area could not find a source or evidence of damage.

"We were really never able to indicate where the sound came from," Stofer said. "As far as we know, nothing was reported afterward as being damaged."

Stofer could not offer any possibilities of what caused the sound.

"The source of the noise or sound is really unknown at this time," Stofer said.

More information will be released as it becomes available.

Sources from the Warwick Police Department said they received nearly 100 phone calls reporting a loud noise that some thought was an explosion. Some residents called to say it shook their homes.

On the other side of Narragansett Bay in Barrington, residents also reported the noise, and a few said a flash of light accompanied it.

The calls prompted an initial police and fire search of the areas, and then marine crews took to the waters between Conimicut and Bullocks Point to search for the source of the sound. Senior Chief Jamey Kinney, from the southeast sector of the Unite States Coast Guard, said one of their boats from Castle Hill joined four other local boats to comb Narragansett.

Initially, the Coast Guard made calls to T.F. Green to see if they had any missing planes, but the FAA confirmed all was status quo. They also reached out to National Grid to see if any transformers had exploded, but they, too, confirmed all was well. The Coast Guard then tossed around the idea that the noise could have been a vessel in distress, but Kinney said their foray into the waters was more as a precautionary measure.

But there was no vessel, and after combing the waters for an hour and 50 minutes the Coast Guard returned their team to shore empty-handed.

To add to the mystery, residents further reported a low, droning, humming noise coming from the water that began about an hour or so after the initial boom was heard, about the same time crews took to the water to comb for a source.

Some on social media said the hum sounded like a distress signal, while others said it didn’t sound like anything they’d heard coming from the bay before. One person said it sounded like it could be a tugboat. But Kinney said the source of the hum is just as mysterious as whatever caused the initial boom.

Locally, reports of the boom came from local neighborhoods like Buttonwoods, Hoxsie, Conimicut, Lakewood, Edgewood, Warwick Neck, Gaspee and Governor Francis Farms. Other media outlets have reported that the noise was heard as far away as Somerset, Mass. Yet, there were still some residents of those communities that missed the boom altogether.

Though Kinney said, “strange stuff happens all the time,” he has never heard of mysterious boom like this in this area.