Could the Zetas say something about this latest crop circle, it seems to say that earth is closed in, no escape. 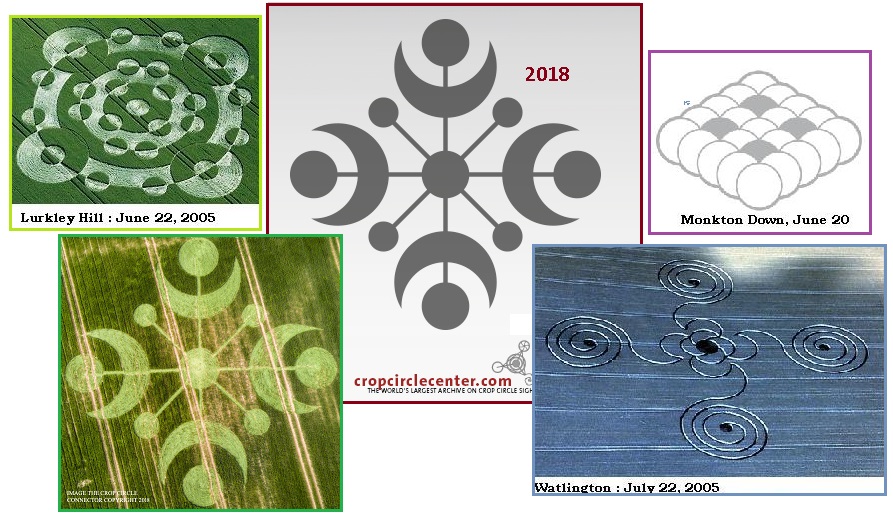 Hello Nancy and the Zetas,

4 years ago our family moved to a wooded area, leaving the the city life behind. As most concerned parents I was very focused on Tick's and there role in spreading Lime disease. Regular tick checks are the norm here. About a year ago I started to feel a lot of fatigue and began to wonder why the rapid change as I am only in my early 50's.

About 2 months ago a new friend (one I believe to be a contactee and lovely soul) out of nowhere brings up lime disease.

He informs me that as many as 90% of people in NY north of I-90 may have lime. He goes on to about how the bacteria is of the Borrelia type https://en.wikipedia.org/wiki/Borrelia . He seamed to be passionate in telling me that a bite from a infected tick wasn't needed to contract lime. Simple contact with bacteria could and has infected because of the nature of the Borrelia, "it bores".  So many cases are not rapid, but take years even decades to become full Lime disease. Meanwhile doctors are treating many of the symptoms incorrectly. He also gives me his opinion of the links between Lyme disease and Plum Island and of some of the conspiracy theories related to tests conducted there. So I leave and keep an open mind and go looking for clues on the web.

I learn that " Lyme disease is one of the fastest-growing vector-borne infections in the United States. The CDC estimates that there are over 329,000 new cases of Lyme disease each year here in the US.

I also found this insightful story of Plum island https://sites.newpaltz.edu/ticktalk/social-attitudes/story-by-smara...  that seemed insightful here is a quote that struck me -

"..Ferguson started considering a link between Lyme disease and Plum Island after she saw a press release describing how the Centers for Disease Control were closing a Texas A & M University biodefense lab due to outbreaks of Brucella and Coxiella burnetii. Brucella and Coxiella burnetii are both tick-borne bacterial pathogens. This led Ferguson to wonder about Plum Island. Both the lab at Plum Island and the one at Texas A&M are Biosafety Level 3 labs and study similar infectious diseases such as foot-and-mouth disease, avian influenza, and Rift Valley fever..."  ~

So other day while in a thrift store I overheard a conversation between two gentlemen of Lime disease. Both of them were having many health problems. One was a Military Veteran fighting the VA for more testing. Both seemed very frustrated. I also posted to one of the social media sites my new found opinions and awareness of Lime disease. I was saddened to learn of quite a few were concerned and a few who believe they suffer from Lime. Knowing without a formal testing and medical diagnosis that many of the pills or pharmaceuticals prescribed for other ailments are likely doing more harm than good.

Is there any advice the Zetas can to help clarify it's true infection numbers and explain how many can better cope with this disease? Can an appropriate antibiotic treatment for those who develop symptoms or syndromes in an era where doctors are divided on the use of these antibiotics be of benefit?

Also like the future removal of the mosquitoes, will Earth be home to tick's and this disease in the future.

I understand this is a very busy time so any insight into the origin would be welcomed.

Declined as Lyme is a bacterial infection, and as such is treated by 1. a strong immune system, 2. antibiotics. As with all bacterial infections, most humans infected will recover due to their own immune system, a small percentage struggle on. This includes Leprosy, Syphilis, Lyme, Staph, etc. I do know of someone who claims she was cured of Lyme by taking massive Vitamin C, which of course is an immune booster. See the article on Morgellons re immune system problems.

It's just another example of what we have been describing, increased illness. What to do about this? Clearly, improving the immune system is the big factor, because not everyone comes down with it. Not everyone gets Lyme disease. Lyme disease is an infection that permeates the body, the joints and floats around in the lymph system. The body can even cure cancer, yet other people will get cancer and let it overtakes them. This is based on the will to live, so this is the main factor. Improve the life style, improve the surroundings. Give them a more positive outlook. The second factor is, as has been recorded, a lot of Vitamin C can make a difference. Well, that's true of any infection. Those are the two approaches we would recommend. Good nutrition, a positive outlook, helping to give psychological impetus to boost the immune system which is the main problem here.

4 years ago our family moved to a wooded area, leaving the the city life behind.