Beginning of November - its time to dig out topinambur (Jerusalem artichoke) harvest, and make plantings for next year's season.

I did dig out mine, yesterday. Some pictures: they require almost no care during the season, only make sure that they are not toppled by wind. one shouldnt also touch the soil around them late in the season - to not damage the tubers. 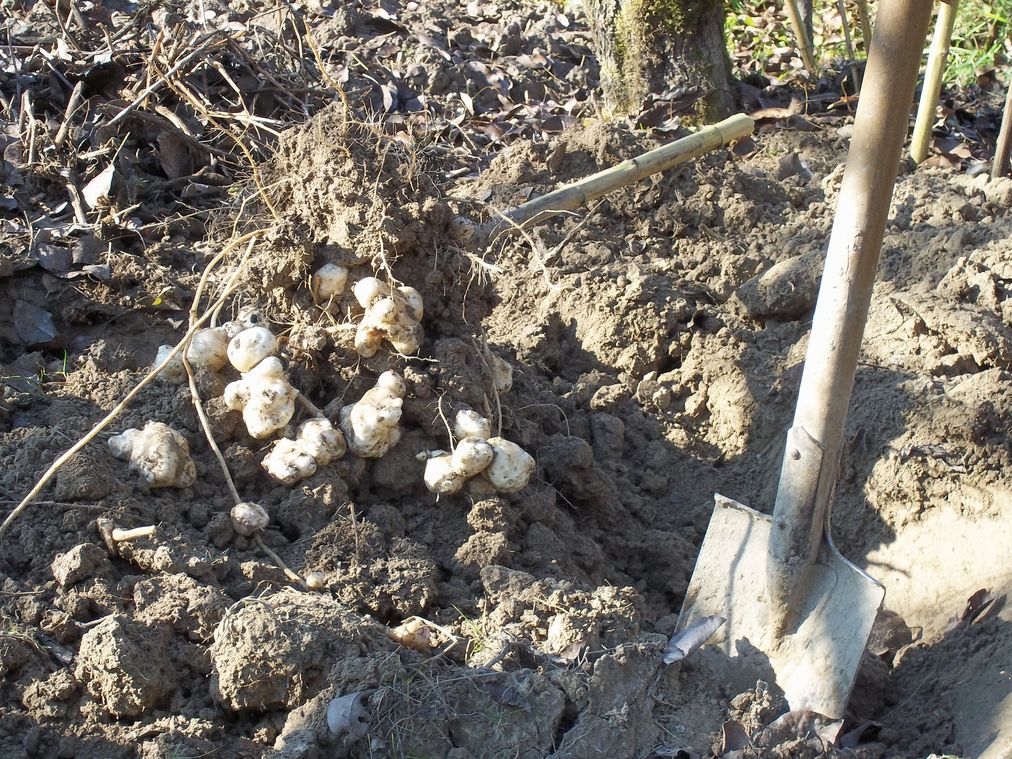 one plant yields almost a full pile of tubers!!

its more than one potato plant gives in the same conditions, and topis have even higher nutritional value than potatoe. 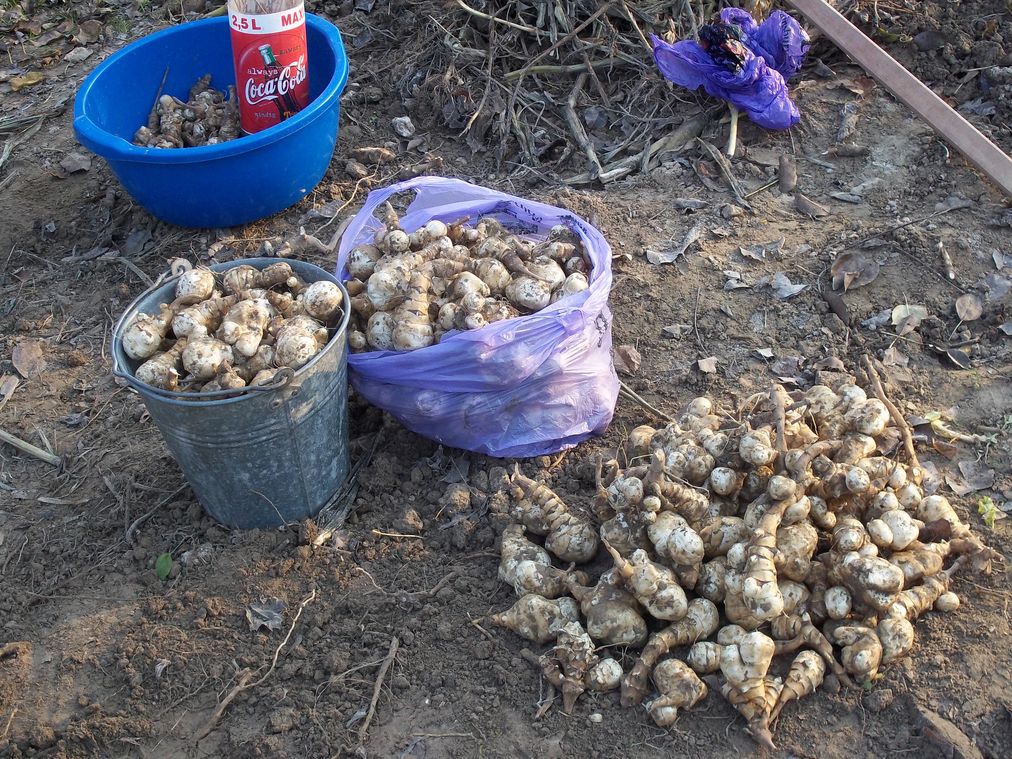 - and that is not even whole harvest! (Only half of the digging done)

these come from this garden patch: 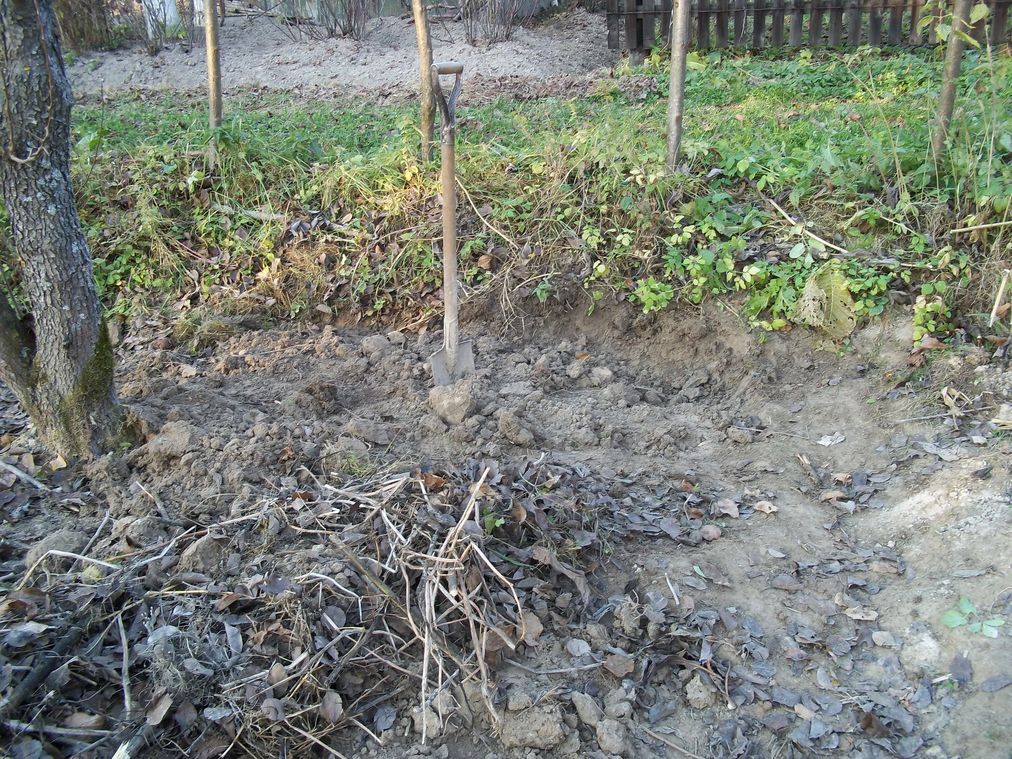 the other half (the same area and number of plants approximately) is still to be dug out (probably next week): I found topis (Jerusalem artichoke) to be the best yielding crop in my garden so far, considering heavy clay soil, and alternating drought and water-logged mud conditions.

Also, it could be the best option for the Aftertime, since it grows even in such poor soil as i have in my garden and doesnt mind lack of sun or nutrients.

end of work in the garden - Sun is getting low... Thanks Andrew, It's good to know that the ﻿﻿﻿Jerusalem artichoke could be good for the after time.

I want to Plant lots potatoes, carrots and other  root veggies,  hopefully they  will  still be in the ground after the PS.

Also if they are left in  the ground they will stay in good condition, to be lifted as required.