How to see Planet X?

In my attempt to see the PX, not much is happening-

Is it possible to see Planet X from the south eastern states, at those latitudes/longitudes?

I have looked at reflections in car windows, the reflection in a pool of water, through

a welder's #14 glass and through solar eclipse glasses.

Most of those with whom I share PX knowledge with want some form of proof.

Hoping for some advice or reference.  Thanks!

Thanks for the reference Co S!

Also, I agree with your statement in another of

your posts re:  some big happenings this summer..

The Planet X complex is most often lost in the glare of the Sun, but can best be glimpsed at sunrise or sunset when the glare of the Sun is reduced. At these times, the red light spectrum light from both the Sun and Planet X, which bends around the curvature of the Earth, is predominant. Mid-day glimpses are rare, due to the flood of light from all spectrums creating glare. But when the Sun is behind cloud cover the light from Planet X, the Second Sun, can at times be seen. On December 18, 2009 a dramatic video was taken at a time when dense clouds were drifting across the sky. The video was reportedly taken in mid-morning at 10:23 GMT, indicating the video might have been taken in Europe, with English not the native language.

Shrouded in a close hugging dust cloud that reflects the light of the Sun, Planet X was seen during the Summer of 2003 and into the Fall as the Second Sun, as the shrouded corpus was at a distance from the Sun that allowed an independent light source to be discerned.

As the Earth moved into the Dec 25 position, approaching the point where Planet X was entering the inner solar system from a 32° angle toward the Sun’s S Pole, it was viewing Planet X from the side, so the shrouded corpus, scattering light in all directions, was not lost from view except as an odd second light source reflected on the Moon or Venus, or creating a lingering or too early twilight, the distinct Second Sun no longer discernable.

During the months since the Earth’s orbit halted, visibility has been limited to the Moon Swirls that dance before the Sun, capturing the light of the Sun and funneling it through the swirls such that they become a beacon of light. As crop circles increasingly warn that the Sun’s dominant influence on the Earth’s magnetic alignment is being supplanted by Planet X, which has moved into position between the Earth and Sun, where is the corpus now? As Planet X passes in front of the Sun, it is lost in the Sun’s glare, with only indirect evidence of its presence - the fireballs thudding to Earth as debris in the tail are wafted into Earth’s atmosphere, the discernible Earth wobble creating an early Fall in eastern North American and Canada and extreme heat in Japan and Alaska, all on the same latitude, and a polar melt at the N. Pole which is exposed exceedingly to the direct Sun like no normal Summer in the northern hemisphere, as the spot where the Sun shines the least is not situated over the N. Pole. Until the dance between Planet X and Earth engage to the point where the tail if flowing directly toward the Earth and appears as a writhing fire dragon in the sky, the monster is likely to remain so shrouded in the glare of the Sun through its close hugging dust cloud.


I too have not seen anything with the sun, however I have seen a additional moon just prior to the Sun rising in the morning. The pope watches the sky he is not looking at the sun either he watches the night sky. Raven

Raven, The Dark Twin looks like an adittional moon but is far from Earth...

and is difficult to get it on pictures...

Permalink Reply by Kris H on June 1, 2011 at 5:19am
There are two partial solar eclipses and a lunar eclipse over the next month. Maybe some surprises are in store...? First one is tomorrow night in high latitudes. Lunar eclipse is mid-June. It appears the last eclipse will not be visible to many.
http://www.msnbc.msn.com/id/43216453/ns/technology_and_science-spac...

Thanks Lothar!  I, too have viewed through welder's glass #14...but, to no avail...regardless of the time of day...is the glass you use a #14?  Perhaps it is your longitude and latitude of my location..

I will try attaching to my binoculars as you have done..

This is the equipment i use. Efficient and simple. 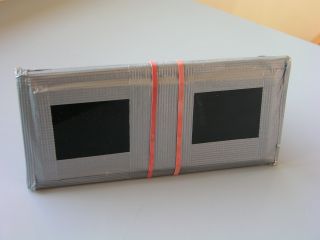 To adjust the focus on the binoculars I look at the sun and turn the focus adjustment so that the rim of the sun becomes very sharp and clear.

I use the same welding glases with my Olympus camera. My images of Nibiru are documented on this NING.
Greetings Lothar

Thanks again, Lothar..will continue to do what I am doing...I think it is a matter of timing and good skies!

Lawrence, the number of the class I do not know. I went to the local hardware store, tuck a whole box of different classes outside and tested all of them.

The darkness of the class seems to be OK if you have watched the sun for 30 seconds and you need some minutes to recover to see normal again.

Anything too dark or to light will not work.

Be carefull not to damage your eyesight.

Sunrise in my case will work better than sunset.

Most of my photographs are made in the morning.